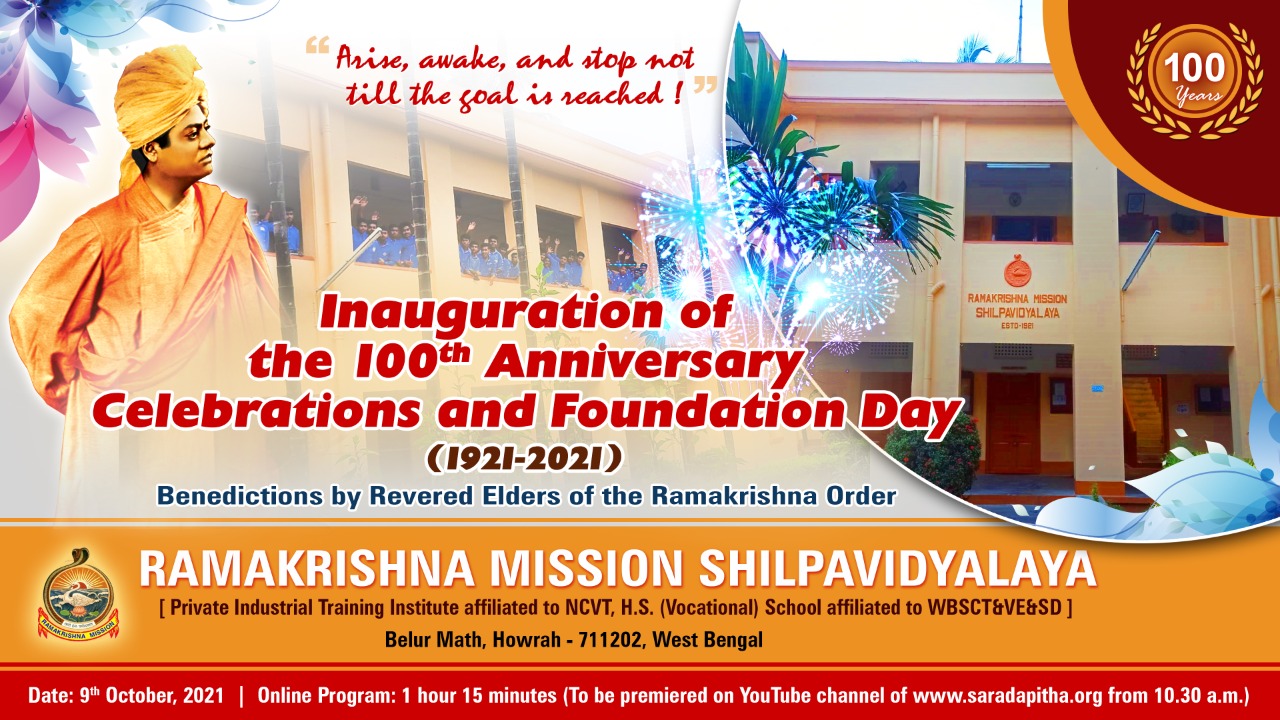 A JOURNEY OF A CENTURY

Amidst the serene and tranquil surroundings of Belur Math, adjacent to the bank of river Ganga stands one of the oldest institutions of Ramakrishna Mission, giving shape to Swami Vivekananda’s ideas and ideals by imparting vocational education for the last hundred years.

Of the many plans which Swami Vivekananda had for the upliftment and betterment of his countrymen, one was his message of man-making education. He envisioned that education, by which character is formed, mental strength is increased, the intellect is expanded and by which one can stand upon one’s own feet. Special emphasis was laid by him on technical education, as one of the means for making our youth self-reliant, manly and resourceful. Swamiji said in his speeches and writings: 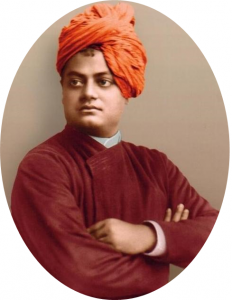 “The ideal of all education and all training should be man making. We must have life building, man making and character making assimilation of ideas”.

“The ideal therefore, is that we must have the education of our country, spiritual and secular, in our own hands and it must be on national lines through national methods as far as practicable.”

The first and foremost task in India is the propagation of education and spirituality among the masses. It is impossible for hungry men to become spiritual unless food is provided for them. Hence our permanent duty lies in showing them new ways of food supply. Swami Vivekananda says :

“We need technical education and all else which may develop the industries so that men instead of seeking for service may earn enough to provide for them and save something against rainy day.” 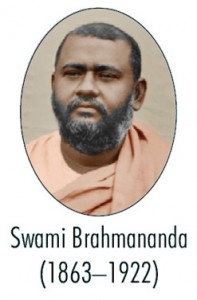 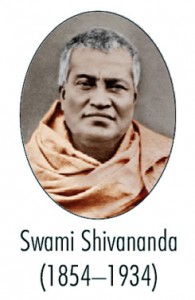 To give shape to these ideas of Swamiji, a modest beginning was made by Most Revered Srimat Swami Brahmanandaji Maharaj, President Ramakrishna Math & Mission and Srimat Swami Shivanandaji Maharaj, by opening an Industrial School in the year 1921. Initially the school was started in a house near the Belur Math but due to some inconvenience there it was shifted to the Math premises. The technical / vocational training imparted in this Institute is a training with a difference. The objective is Swami Vivekananda’s concept of making a full-fledged man –

“Heart to feel, brain to conceive and hand to work.”

Dr. Sarvapalli Radhakrishnan visited this institute and has written in the visitors book- “ I had great pleasure in going round the Industrial School today and was much impressed by the silent work that is going on. In an unobtrusive but but effective way, the poor are being helped to become self-reliant and self- supporting . An institution that works on the principle that all work is worship deserves much greater encouragement from the generous public of Calcutta than it has till now received”.

In the meantime after Ramakrishna Mission Saradapitha (a branch center of Ramakrishna Mission adjoining the Headquarters at Belur Math) was established on 1941, the management of the Industrial School was handed over to Saradapitha for administrative reasons (location being unchanged in the Belur Math campus at the present Pre Probationers’ Training Centre area right opposite to the the Sri Ramakrishna Temple).

In the post independent years, keeping with the socio-economic changes, the Industrial School came under the umbrella of Shilpamandira where in addition to the existing courses some more important courses were also started.

1963 brought further change in the Shilpamandira. It was sub-divided into three departments-

Thus the original Industrial School, renamed as Shilpavidyalaya as we know it today, came into being with the following trades: Fitter, Turner, Auto-Mechanics, Electrician, Carpentry, Weaving and Tailoring.

On 9th Oct., 1975 Srimat Swami Vireswaranandaji Maharaj, 10th President, Ramakrishna Math and Mission shifted Shilpavidyalaya to it’s present building (adjacent to the playground of Vidyamandira) from the Belur Math premises (Shilpavidyalaya, though a unit of Ramakrishna Mission Saradapitha, was located in the current Pre-Probaitoners’ Training Centre area of Belur Math till 1975) . Since then, this day is observed as the Foundation Day of the School.

With the Government policy of setting up of I.T.I.’s in every districts, a uniform syllabus, session and certificate for the trades came into being. For the benefit of the students, Shilpavidyalaya also restructured its trades as required under I.T.I. norms and in 1989 was granted affiliation by the National Council for Vocational Training, Govt. of India for conducting I.T.I. courses.

At that time it was running the following N.C.V.T recognized trades:

During the admission, it was found that huge number of candidates were applying but as per the NCVT rules not all could be accommodated. To facilitate the less privileged students who could not get admission, the Institute started short term Certificate courses for one year as follows (all these have been presently discontinued):

Apart from vocational training the students of these trades receive physical, intellectual and moral training. They are encouraged to practice self-help and service to humanity. The students also take great interest in extra-curricular activities,

We at Shilpavidyalaya are grateful to them and are trying to follow the path shown by them. Swami Veetaraganandaji, Swami Paripurnanandaji, Swami Srinivasanandaji, Swami Narendranandaji and Swami Yogadhishanandaji offered their services as Monks-in-charge of the Institute and the Institute gratefully remembers them for their guidance, active involvement and inspiration provided to the students and staff.

Under the umbrella of such noble souls was nurtured the tremendous dedication of the teachers, which is an another remarkable aspect of this institution. Vocational educational is different from general education as it involves continuous monitoring of the progress , assessment and guidance of the fresh recruits and in all this there is a close Instructor – Trainee interaction. Both our regular Instructors and a pool of inspired Honorary Instructors take part in this man-making scheme and have drawn the respect and attention of one and all.

In summary, throughout the past hundred years of its meandering journey, some of the trades were discontinued with time and new trades were started in their place in keeping tune with the utility and requirement of society in general and students in particular.

At present the Institute is running the following courses :

In this way, in line with Swami Vivekananda’s plan of action for the regeneration of India, the first Industrial School of the Ramakrishna Mission, one of the oldest in the country, was started in the year 1921, and later incorporated into the Ramakrishna Mission Saradapitha in the name of the Shilpavidyalaya, and has now completed a century of uninterrupted service to the community and nation.

“Stand up, assert yourself , proclaim the God within you !”  – Swami Vivekananda